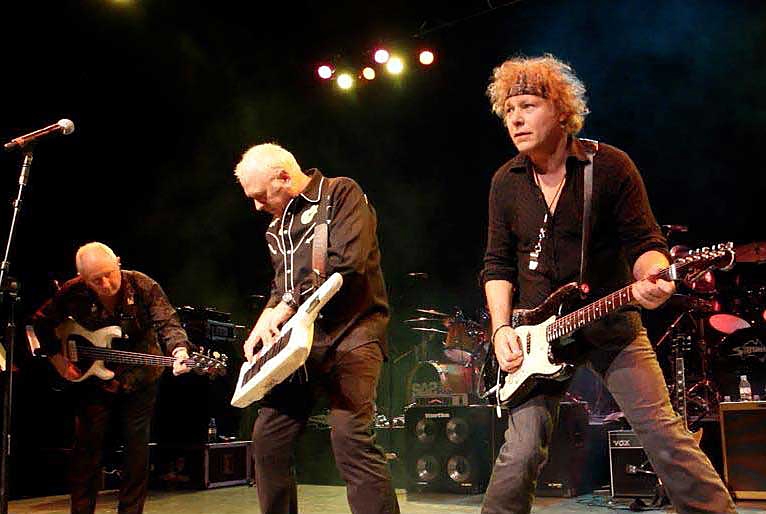 When Paul McCartney, Phil Collins, The Rolling Stones, Tina Turner, Bob Geldof or Brian May need the Best Party Band in the World, who do they call…?

They obviously want the best for their parties, and nothing else will do. With Jamie & The Falcons they know they’re getting the very best in live party entertainment.

The Falcons consist of FOUR world-class musicians who between them have accompanied most of the greatest names in popular music.

With over 300 songs in their repertoire (covering four decades), and amazing flexibility (they can play almost anything in any style), their stagecraft, sense of fun and sheer musical experience is why only Jamie and The Falcons will do for Bob, Paul and company.

These days, most party bands are so-called ‘function’ bands consisting of semi-pro or amateur musicians who play a set repertoire & rarely deviate from it, thus offering only a limited performance. Jamie & The Falcons, however, can suit their show to the tastes of their audience or host to give the people what they want.

If any member of the audience can sing or perform and wants to bless the assembled throng with his or her gifts, Jamie & The Falcons are more than happy to accompany and encourage an impromptu performance. Let’s face it, if you are going to get up & sing, you may as well have the band that backs Paul, Keith, Phil and Brian.

So, if you need a world class band to give your event a sense of fun with superb musicianship & flexibility, then look no further than…JAMIE & THE FALCONS!